Why our ministry is different than others!

Many believers who have a heart for the Jewish people support organizations which provide humanitarian aid or assist the Jews in leaving areas of persecution to return to Israel.  This is a righteous and biblical endeavour.  However, Sid Roth and Messianic Vision Canada have been commissioned by God with a different strategic assignment; to see the Jewish people receive Jesus as their Messiah, and enter the Kingdom of Heaven.

This ministry has been called “for such a time as this” to operate from an eternal perspective during the greatest awakening in history.  “We are created to proclaim the Good News.
This is why we live.  All you take to heaven is souls.”
– Sid Roth 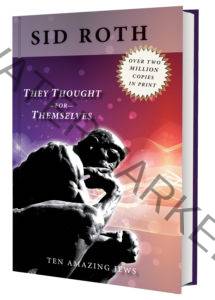 “They Thought For Themselves”
English Book Project

Your gift of $77 will send 7 copies of “They Thought For Themselves” to a Jewish household in Canada. Will you help us to reach our goal of mailing 2 million copies within Canada and the United States? 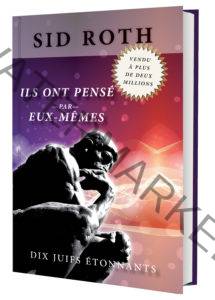 “They Thought For Themselves”
French Book Project

Help us mail the french translation books as part of an evangelistic campaign to the Jewish french speaking people in Canada and France. With your support, we can fund this project and achieve our projected expenses of $140,000 CDN. 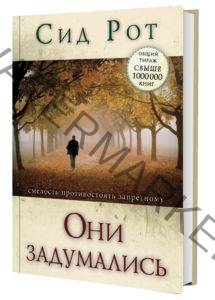 “They Thought For Themselves”
Russian Book Project

Sid’s evangelistic book is translated into Russian and mailed to Jewish neighbourhoods in Canada and Ukraine. They are also given out free to the Jewish people attending our outreach events. Let God reveal the amount to invest in this Jewish ministry. 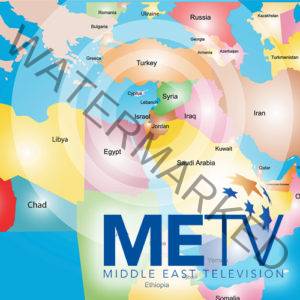 Middle East Television- The next level!

My calling is to reach hundreds of thousands of non-believing Jews and Muslims and train them in the supernatural. Now God has entrusted us with Middle East Television (METV) and the potential of reaching 150 million viewers in 25 countries in the Middle East.  We are ready to take METV to a new level. It’s time for television to reflect the next move of God’s Spirit. It is my vision for METV to attract a large audience with interactive supernatural programming. I say interactive because I believe that physical healing will manifest in many Jewish and Arabic people and that they’ll receive supernatural hope and encouragement in times of trouble.

On METV I will be able to broadcast live, whenever God prompts me, to every home in Israel with a TV. In a time of war, imagine filling the airwaves with a message of hope! I also see us capturing Bible prophecy as it is happening. This is BIG! The only hope for unsaved Jews and Muslims in the Middle East is Jesus! Pray for this amazing miracle opportunity and consider investing in this historic, end-time event. Your gifts will help the entire nation of Israel to be saved!

Yours for the Salvation of Israel, Sid Roth

Now is the time to favour Zion! How many souls will you invest in for The Kingdom? Please prayerfully consider a special gift for these projects. Your generous support helps us to fulfill God’s mandated directive to spread the good news of Jesus, The Messiah to the Jew first.

Donate Now
Page load link
We use cookies on our website to give you the most relevant experience by remembering your preferences and repeat visits. By clicking “Accept All”, you consent to the use of ALL the cookies. However, you may visit "Cookie Settings" to provide a controlled consent.
Cookie SettingsAccept All
Manage consent

This website uses cookies to improve your experience while you navigate through the website. Out of these, the cookies that are categorized as necessary are stored on your browser as they are essential for the working of basic functionalities of the website. We also use third-party cookies that help us analyze and understand how you use this website. These cookies will be stored in your browser only with your consent. You also have the option to opt-out of these cookies. But opting out of some of these cookies may affect your browsing experience.
Necessary Always Enabled
Necessary cookies are absolutely essential for the website to function properly. These cookies ensure basic functionalities and security features of the website, anonymously.
Functional
Functional cookies help to perform certain functionalities like sharing the content of the website on social media platforms, collect feedbacks, and other third-party features.
Performance
Performance cookies are used to understand and analyze the key performance indexes of the website which helps in delivering a better user experience for the visitors.
Analytics
Analytical cookies are used to understand how visitors interact with the website. These cookies help provide information on metrics the number of visitors, bounce rate, traffic source, etc.
Advertisement
Advertisement cookies are used to provide visitors with relevant ads and marketing campaigns. These cookies track visitors across websites and collect information to provide customized ads.
Others
Other uncategorized cookies are those that are being analyzed and have not been classified into a category as yet.
SAVE & ACCEPT
error: Content is protected !!
error: Alert: Content is protected !!
Go to Top