History was made in September of 2016 as we acquired Middle East Television Network (METV)!

The purchase of METV has launched a new era in reaching the entire Middle East with the Gospel. Our network reaches a potential viewership of 500 million daily from 25 countries in the Middle East including every household in Israel with a TV, as well as Syria, Iraq, Egypt, Jordan, Saudi Arabia, Sudan and more.

METV broadcasts new and archived programs of “It’s Supernatural!” plus a variety of wholesome family and faith-based programming, and an array of quality sporting events such as Superbowl 2020.

On METV, Sid can broadcast live when called by God. Imagine in times of trouble or war, filling the airwaves with a message of hope in Jesus for Jews and Arabs. Your generous gifts to support this ministry tool will ensure the salvation of Israel and the entire Middle East!

Now is the SET TIME to Favor Zion!

This expansion is possible because of your gifts and prayers. Please consider a special gift to allow us to continue and expand our history-making outreaches—to the Jew first! Your support helps us reach out with the Good News through METV and our other outreaches.. 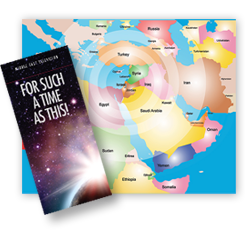 Read our brochure on METV’s history and view the coverage map.

Watch the replay of this announcement & read the official press release.

This website uses cookies to improve your experience while you navigate through the website. Out of these, the cookies that are categorized as necessary are stored on your browser as they are essential for the working of basic functionalities of the website. We also use third-party cookies that help us analyze and understand how you use this website. These cookies will be stored in your browser only with your consent. You also have the option to opt-out of these cookies. But opting out of some of these cookies may affect your browsing experience.
Necessary Always Enabled
Necessary cookies are absolutely essential for the website to function properly. These cookies ensure basic functionalities and security features of the website, anonymously.
Functional
Functional cookies help to perform certain functionalities like sharing the content of the website on social media platforms, collect feedbacks, and other third-party features.
Performance
Performance cookies are used to understand and analyze the key performance indexes of the website which helps in delivering a better user experience for the visitors.
Analytics
Analytical cookies are used to understand how visitors interact with the website. These cookies help provide information on metrics the number of visitors, bounce rate, traffic source, etc.
Advertisement
Advertisement cookies are used to provide visitors with relevant ads and marketing campaigns. These cookies track visitors across websites and collect information to provide customized ads.
Others
Other uncategorized cookies are those that are being analyzed and have not been classified into a category as yet.
SAVE & ACCEPT
error: Content is protected !!
error: Alert: Content is protected !!
Go to Top